I’ve been playing around with the Bing Maps SDK over the holidays. The documentation includes a step-by-step guide for adding Bing Maps to my app that got me up and running. I had to make some small changes like targeting specific CPU and not the default ‘Any CPU’ target and (since this app is written in C#) I had to add a reference to the Microsoft Visual C++ Runtime Package in addition to the Bing Maps SDK.

Once I had the project configured I dropped the Map control on to my page, wired up the location data I wanted to display and smashed the F5 key. Up popped my app and my fancy-pants little map. 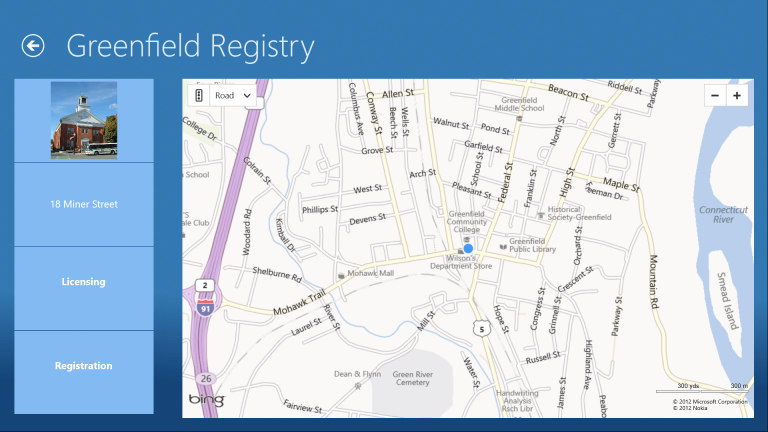 I tested my app on a couple of Windows 8 machines I have here as well as a Microsoft Surface. Everywhere I looked, fancy-pants maps appeared.  After some functional testing (and annoying everyone in the house with “hey look, a map! Isn’t that cool?!?!”) I declared success and submitted my app to the Windows Store.

Since I’m bothering to write this up you can safely assume my email was not congratulatory. Nope, it was a failure. My app it seemed crashed at start-up. Odd, wonder what would have caused that. So putting down the eggnog and cookies I started sorting of what could have went wrong (okay, I had already finished the eggnog and I took the cookies with me).

The only thing I could see as a potential problem was some error handling around some REST calls I was making. My app is really simple, it pulls a feed from the Massachusetts Department of Transportation and shows the wait times of the various Registry of Motor Vehicles (I know, you’ve been waiting for such an app!). I didn’t have a “catch-all” around this code so it was possible that the feed returned something unexpected and the app errored out. I slapped myself for sloppy error handling and resubmitted the app.

With my store validation testing in process again I sat back for another cup of eggnog and a few more cookies (if I’m being honest, it may have been my 3rd cup…). Life was good again, life was easy again – and look - I’ve got more mail!

With my latest failure in hand I decided it was time to do some more in-depth testing. I tried the app without an internet connection, I tested with incorrect URIs, I even set up my own server that returned various HTTP errors… everything seemed to be working fine. Then I tried debug builds, release builds and even some subtle variations of those build types. Still, everything seemed to be working fine.

So a word of caution, if you’re going to leverage Bing Maps make sure you target only x86 and ARM CPUs at this time. This shouldn’t be a major concern for most apps but it is something to keep in mind while enjoying your 4th glass of eggnog.