Marc LaFleur began writing code on an Apple ][e in 1984 and has never looked back, mostly because looking back on Applesoft BASIC is rather painful. The only useful thing he ever accomplished with this language was making amusing statements fill the screens of the machines in his local Sears (much to the chagrin of the poor staff of Sears).

After a short-lived dream of becoming a major force in the recording industry, he came to two important realizations. The first is that “recording engineer” and “lives with mom and eats ramen three times a day” are basically synonymous. The second was that his super-secret supper-uncool hobby of writing software had more of a future than rock stardom. A third but less relevant realization was that he looked rather horrible in leather pants.

Today Marc is a Principal Software Development Engineer at Microsoft building APIs and tools for the Education product team. He also works with the developer community at large through writing, forums and speaking at events whenever possible.

Marc lives in Massachusetts on beautiful Cape Cod in the village of Monument Beach with his not-quite Walton’s family of 7 kids (4 boys, 3 girls) and the most wonderful wife on the planet. He still holds out some slim hope of rock stardom but he proudly no longer owns any leather pants. 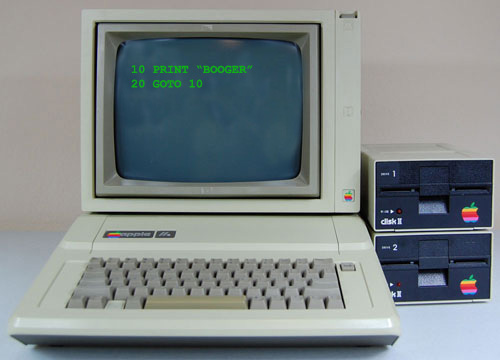 Please note, this is my personal blog and while I work for Microsoft the options stated here are 100% my own.